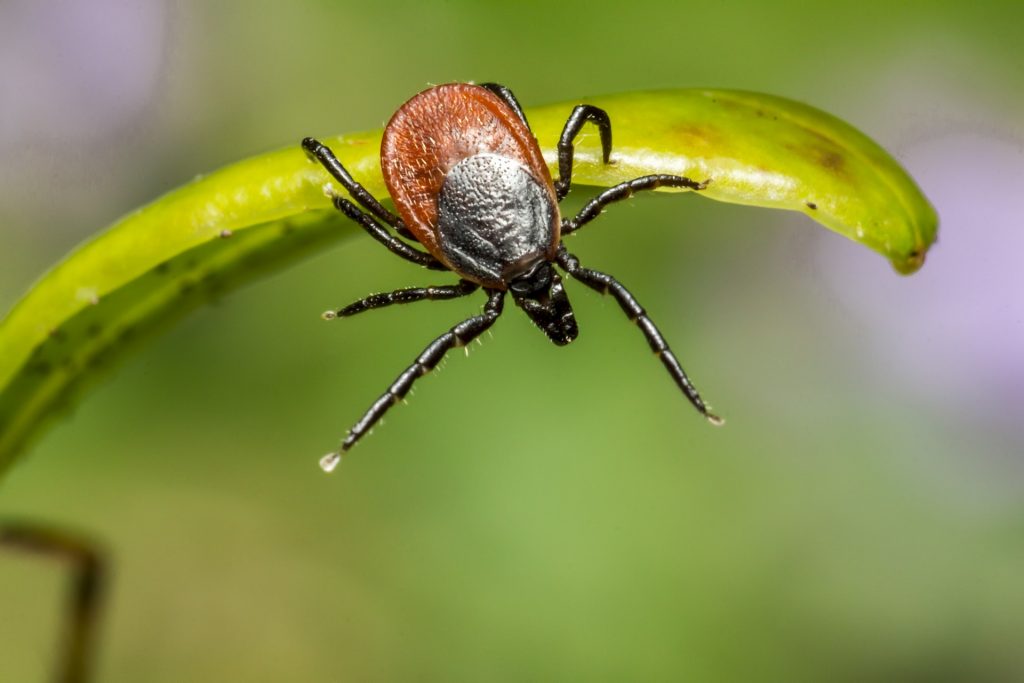 Every year anew these insects bother us, bite our dear pets or even ourselves. And since ticks transmit dangerous pathogens, many of us are also vaccinated against the communicable diseases that these crawling animals can carry. But why we cannot simply eradicate them and how to best protect ourselves against them is explained in this interesting article.

The benefits of ticks

We would love to waive without these arachnids, but they are essential for the balance of nature and our ecosystem. You just have to look at their role from the right angle. Ticks are an important source of food for many reptile species and insects, and they also ensure that the individual animal populations remain within limits and do not reproduce excessively.1

But these and other parasites can also “do our immune system good” as they can “keep it on its toes” with a bite. If this is omitted, the body’s own defence has nothing more to do and, in the worst case, turns against its own cells, which can trigger allergies and autoimmune diseases.2

The dangers of ticks

These insects can transmit a variety of pathogens and not all of them can be vaccinated. The two most common diseases after tick bites are TBE and borreliosis, which we would like to describe in more detail:

This viral disease describes the inflammation of the brain, the meninges and/or the central nervous system of a person, which can also lead to death. The incubation period here is from a few days to a month. Typically, one first has flu-like symptoms such as fever, headache and aching limbs, before the disease spreads to the central nervous system in the second phase. Only about one third of those infected do not have symptoms in the first phase. In most cases, severe symptoms subside within a few weeks. After surviving the infection, however, long-term symptoms may persist. Vaccination against TBE is therefore very advisable.

Certain bacteria, so-called “Borrelia”, cause the Lyme disease. Since the pathogens live in the tick’s intestine, it takes several hours after the bite until the bacteria enter the human bloodstream. Therefore it is important to remove a tick as soon as possible to reduce the risk of disease transmission.

Lyme disease is divided into 3 stages, but not all stages occur in all patients. Often atypical forms of the disease can be observed, therefore it is especially difficult to detect this disease.

The incubation period ranges from a few days to a few weeks. After that, flu-like symptoms may appear in the early stages, as unfortunately with many other diseases. A clear indication, which only occurs in about 50% of those affected, is a circular rash around the injection site that can migrate, the so-called “erythema migrans”.

In the second stage, after a few weeks to months, the joints and also the central nervous system are affected, with various disease patterns that are difficult to diagnose.

And the last phase, the late stage, is characterized after months to years by inflammation of the joints and disease of the nervous system.

That is why one should in any case think of Lyme disease if the symptoms of a disease cannot be explained. If it is recognized in time, it can be treated with antibiotics and there will be no consequential damage. Unfortunately there is still no vaccine available, which makes this disease even more dangerous.3

There are two ways in which a tick becomes the host of dangerous pathogens:

A pathogen can pass through the developmental stages of a tick (e.g. from larva to nymph, to adult), but it can also be passed on from the mother tick to its eggs/offspring.4

The characteristics and properties of ticks

These parasites belong to the arachnids and there are over 800 tick species worldwide. In Europe, the castor bean tick (Ixodes ricinus) is the most common5, but also the brown dog tick (Rhipicephalus sanguineus), which today is native to the entire Mediterranean area, appears in Europe mostly as a result of holiday trips with dogs and also belongs to the family of the shield ticks.6

Ticks live on the ground, in tall grass, bushes and undergrowth waiting for their preferred hosts, small and larger mammals such as mice, hedgehogs, deer or birds.

It stretches its clawed limbs outward and waits for hosts to pass by. Ticks can’t jump or drop down onto their hosts — when a host brushes against a tick, it simply hangs on. In many tick species, larvae lurk at ground level. Nymphs climb a little higher into vegetation to find slightly bigger hosts. Adults climb highest of all in their attempt to find large animals to use as hosts.

In between, however, the parasite has to retreat in order to “tank up on water”. To do this, the tick has to leave its sentry repeatedly and look for damp spots in the meadow or the ground. During this time it cannot find a host and this up and down can drag on for years. Normally a tick’s cycle lasts three to five years (egg – larva – nymph – adult – egg). However, if too few hosts are available, ticks can starve for a long time (even up to several years).7

The development begins with an egg fertilized by the male tick, from which a larva hatches. This larva is about half a millimeter in size and can hardly be seen with the naked eye. The larva infests a host in order to take its first blood meal and leaves it when it is full. After a maturation period of several weeks, the larva moults in a hiding place to become a nymph. After some time, the nymph again seeks a victim for its next meal. After this blood meal, the nymph withdraws to a quiet place where it then develops into an adult sexually mature tick. The female tick then seeks a host again to suck blood, which she needs to produce about 3000 eggs. When a female has sucked blood, she weighs almost 200 times more than at the beginning. The male tick can fertilize the eggs of the female tick without further blood sucking.5 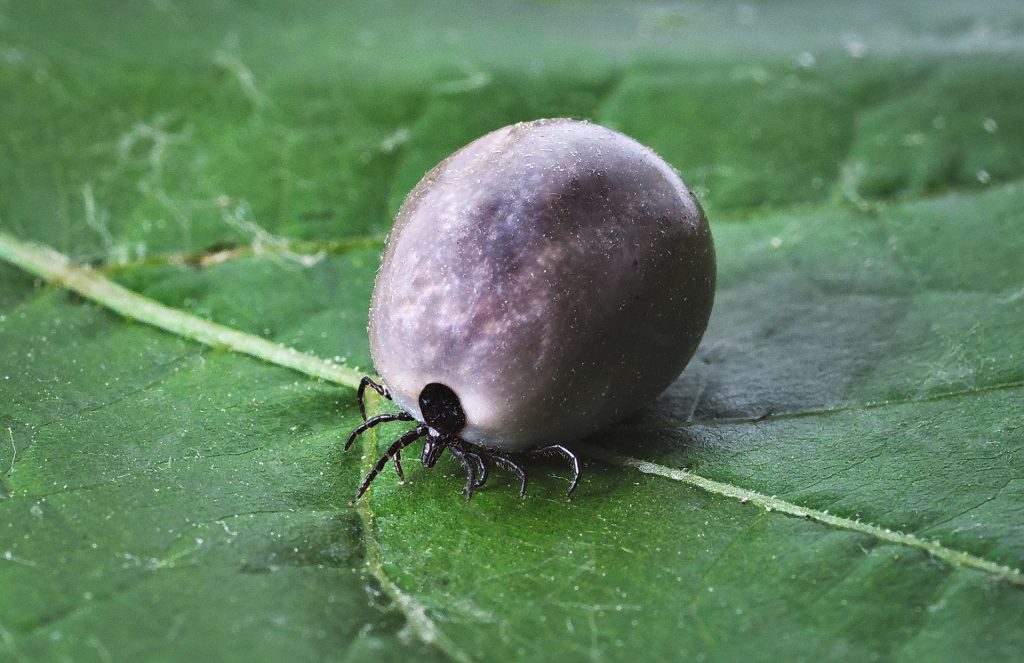 After sucking blood, ticks can weigh almost 200 times more than before ©Pixabay/JerzyGorecki

Since we humans and our pets also stripe ticks from blades of grass and bring them home with us, it is important to examine yourself and your pet after every walk.

The adult ticks attach to the pets’ ears or between the toes. The larvae and nymphs are often found in hair along the back, however, are not restricted to these parts.

Once an infestation occurs inside a home, it can grow very rapidly. Typically, a few ticks are brought into the house from an open field or other places. And because they drop from the host when they are filled up and seek some protected location in the immediate surroundings, they may be found behind baseboards, under window and door moldings, in window pulley openings, or in furniture. All cracks and crevices in infested premises must be treated for good control.

Even if dogs only come to your home for a visit, some ticks may fall off the dog during this time. In this case the house and garden can be infested, even if a dog is not generally kept there.

Dogs do not become infested with dog ticks by direct contact with other dogs.
Ticks feeding on a dog drop off and molt before they will resume host-seeking behavior and attach to another dog.

But since it is not easy to examine a cat or dog’s fur so closely, there are other ways to prevent an infestation.

Bio/Clean Kill Classic and Bio/Clean Kill (Extra) micro-fast can be used in the house wherever pets like to lie down and sleep to get rid of ticks. Spray your sofa, dog or cat bed when the pet is not in the room. Areas and cracks and crevices where ticks may rest between their meals should also be treated: behind baseboards, under windows, door moldings, etc.
Let the treated areas dry before the pet enters the room again.

How to remove a tick correctly?

As already mentioned, you should thoroughly search your body after a walk in the open air, because you usually do not feel a tick bite and therefore it often goes unnoticed.

If a tick is detected, it must be removed as soon as possible. It is important to make sure that it is not squashed, otherwise bacteria from the tick intestine could get into the bite site.

A normal pair of tweezers is sufficient for the removal, if no special tick tweezers are available. These are placed very close to the tick and enclose it firmly (do not squeeze the abdomen), then it can be slowly pulled out vertically and the wound disinfected.

If the head gets stuck, it is not too serious, it will fall off by itself after a few days. If the area becomes inflamed or you are unsure, it is recommended to consult a doctor.

The best way to kill the tick afterwards is to place it between 2 papers and crush it with a heavy object. (Not with your bare hands!)

ATTENTION:
It’s a common misconception that ticks suffocate when they’re drenched with oil or alcohol.

It is also a mistake to remove a tick by turning it clockwise or counterclockwise. The tick’s mouth parts do not have a thread, it can only be that turning them loosens the barbs and makes it work easier.

Tip: a tick should not be flushed down the toilet, as these arachnids can survive under water for up to 21 days.7

The same applies to ticks as to many other (unwanted) insects indoors: A certain amount of care in combination with preventive measures to make them harmless at least within your own four walls reduces the risk of undesirable effects or even diseases and thus hopefully contributes to a more carefree life during the warm season. 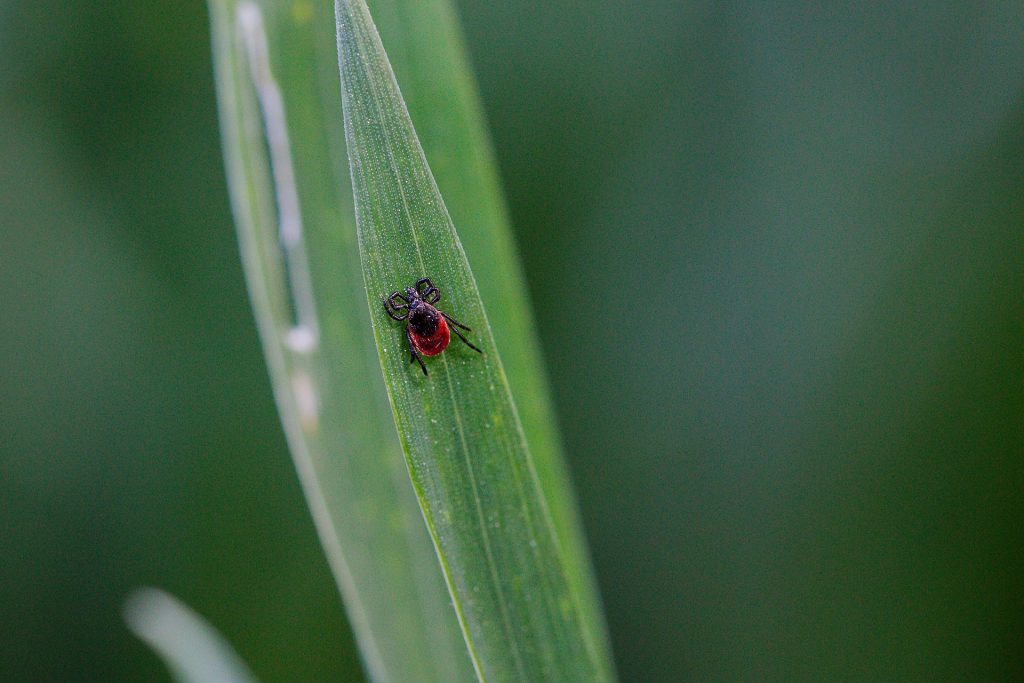