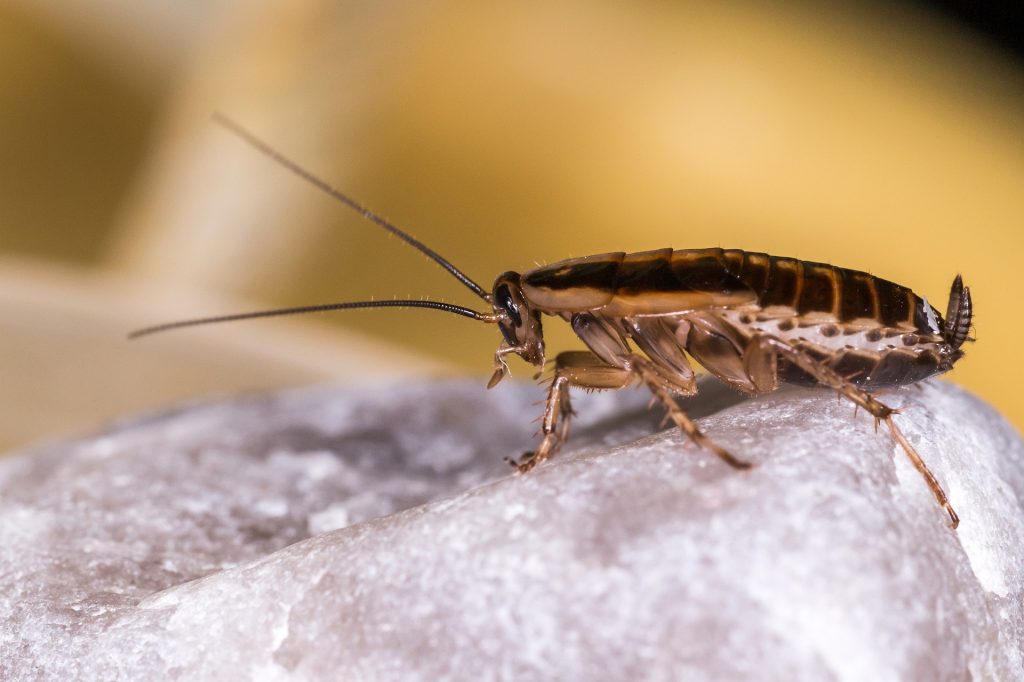 For some, the very thought on cockroaches is enough to make one’s skin crawl. These insects, which inhabit our planet for some hundreds of millions of years, are considered a plague that is difficult to treat and cure in many regions around the globe. In some cultures, however, they are also valued as a high-protein food and are even used in traditional Chinese medicine (TCM). We have taken a closer look at these crawling Blattodea, researched interesting facts and describe how to best prevent an infestation.

What are the benefits of cockroaches?

Cockroaches are a good source of food for birds and reptiles, but the insects’ excrement is also useful, as it is a valuable fertiliser.1

In China, insects are not necessarily considered a plague. The omnivorous cockroaches are used as waste recyclers and should help to solve the growing waste problem in the future. On many “farms” they eat several tons of kitchen waste every day. After death they serve as high-protein feed for chickens, pigs, etc. And as if that was not enough, medicine made from cockroaches can be bought in Chinese pharmacies.2 In China, these insects are believed to help against liver diseases, hepatitis and Cancer.3

If you like, you can also enjoy the insects as a small protein snack. They are said to be particularly tasty when deep-fried. 😉 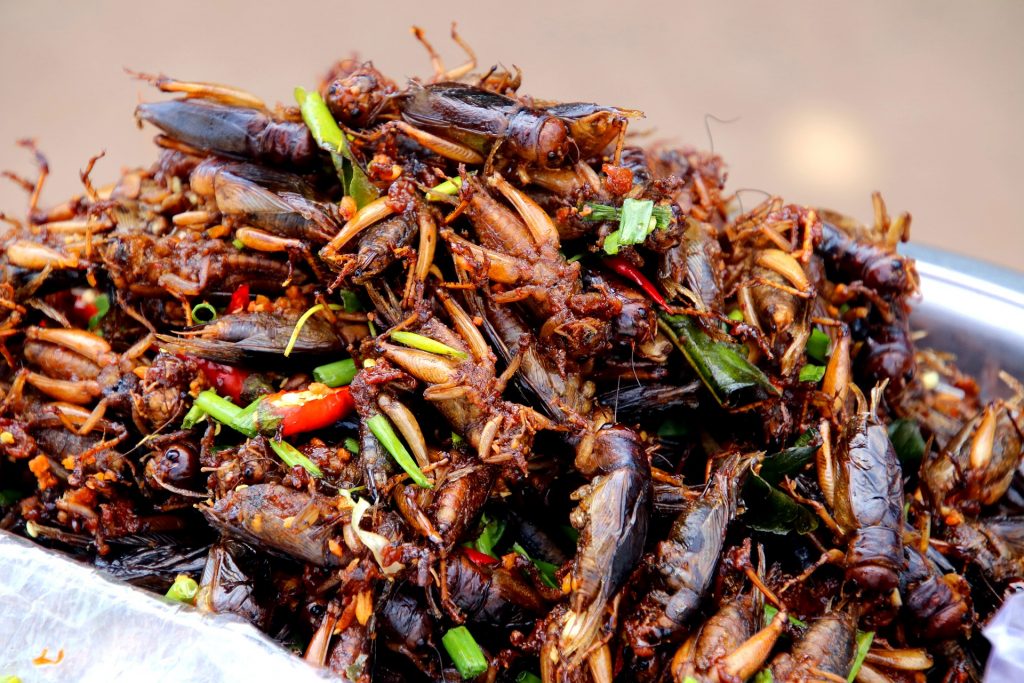 The dangers of cockroaches

A cockroach infestation can quickly become a major plague if action is not taken fast enough, as they also reproduce rapidly. Wherever they appear, one automatically assumes poor hygienic conditions. Their presence is therefore unacceptable, especially in areas where food is stored, processed and/or sold.4

Cockroaches are known to transmit diseases and cause allergies.

For example, diseases are transmitted via the outside of the insect body, to which germs remain attached for up to 72 hours. Even when there has been no direct contact, the risk of infection is high because the insects contaminate their ‘habitat’ in search of food. The excrement of a cockroach can be pathogenic, too. The faeces can contain pathogens and allergens such as skin residues, which could trigger a house dust allergy.5

Cockroaches or the skin and fecal remains can also trigger asthma, from which children in particular suffer greatly. A study from the US has shown that children who are allergic to cockroach allergens and who have been exposed to them, have been in hospital or at the doctor’s more often and have more days absent from school or have even suffered from sleep disorders.6

The characteristics and properties of cockroaches

More than 4,500 different cockroach species exist world-wide and scientists are convinced that more than 5,000 species remain undiscovered or unnamed.7

Cockroaches are omnivorous, very adaptable and can adjust to a wide variety of living conditions. To survive and reproduce they need four important resources: food, water, warmth and hiding places.

Blattella germanica:
German cockroaches reach a size between 12 and 15 mm, are brown and have two dark stripes on the anterior segment of the thorax (prothorax). The wings are the same length as the body in males and females. This cockroach species runs very fast and can climb up (smooth) walls but cannot fly.

Periplaneta americana:
American cockroaches are reddish brown and grow to 28 to 44 mm in size. The wings of the males are longer than their bodies, whereas the wings of the females just cover the abdomen. These cockroaches can even fly at very high temperatures.

Blatta orientalis:
Oriental cockroaches grow to 25 to 30 mm and are dark brown to black in colour. The wings of the female are only rudimentary, in males they cover most of the abdomen. Since Oriental cockroaches are large and also heavy, they do not climb like the other cockroach species, but stay on the ground.

They live in buildings, but unlike their relatives they also tolerate colder temperatures and can therefore be found outdoors.8

The German cockroach carries the capsule in its abdomen until the nymphs are about to hatch. Other species do not carry the ootheca with them but attach them with a secretion in safe hiding places near food sources. To reach adulthood nymphs grow through a series of molts. Depending on the species this varies from 6 to 13 times. 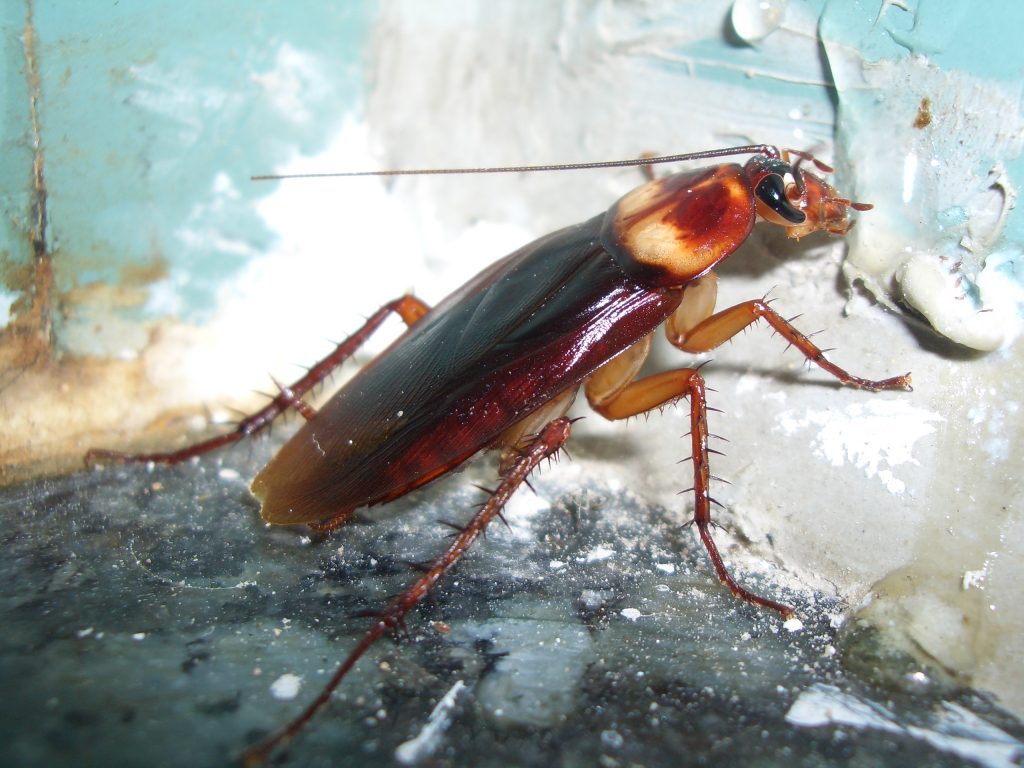 Signs of cockroaches and prevention with Bio/Clean Kill

With Bio/Clean Kill you can protect your home from cockroaches by treating all potential hiding places of these insects preventively. Spray all corners, cracks, crevices and tiny holes every few weeks with Bio/Clean Kill Classic or Bio/Clean Kill Micro-Fast to prevent cockroaches from settling in your home. Spray the treated areas extensively so that they are well moist, but not so much that it drips!

Especially relevant are warm and humid areas such as under sinks or behind refrigerators in kitchens.

However, if you find signs such as live/dead cockroaches, molting remains, traces of excrement and/or feeding damage, this could indicate an infestation.10

If you make these observations in your home, we recommend that you contact a professional pest management company immediately. Only a specialist can ensure that an infestation is brought 100% under control. In professional pest control, modern businesses also rely on Jesmond’s water-based and highly effective PCO products.

If you turn on the lights at night and see one cockroach, for sure there will be many more in hiding. If you see cockroaches during the daytime, this indicates that their hiding places are overrun and the population is huge and out of control.

In Europe – especially in regions surrounding the alps – certain insects cause concern because they look very similar to the German cockroaches. These are described as ‘Garden cockroaches’ (Ectobius vittiventris) from the wood cockroach family (Ectobiinae), which are completely harmless. In contrast to other household cockroach pests, Amber Wood Cockroaches are active during the daytime and feel most at home in forests and parks. They do not survive long in apartments. It is therefore worth looking twice and releasing these insects again.14

Due to the ability for cockroaches to rapidly reproduce, prevention is certainly advisable, easier, cheaper and more hygienic than fighting established colonies.